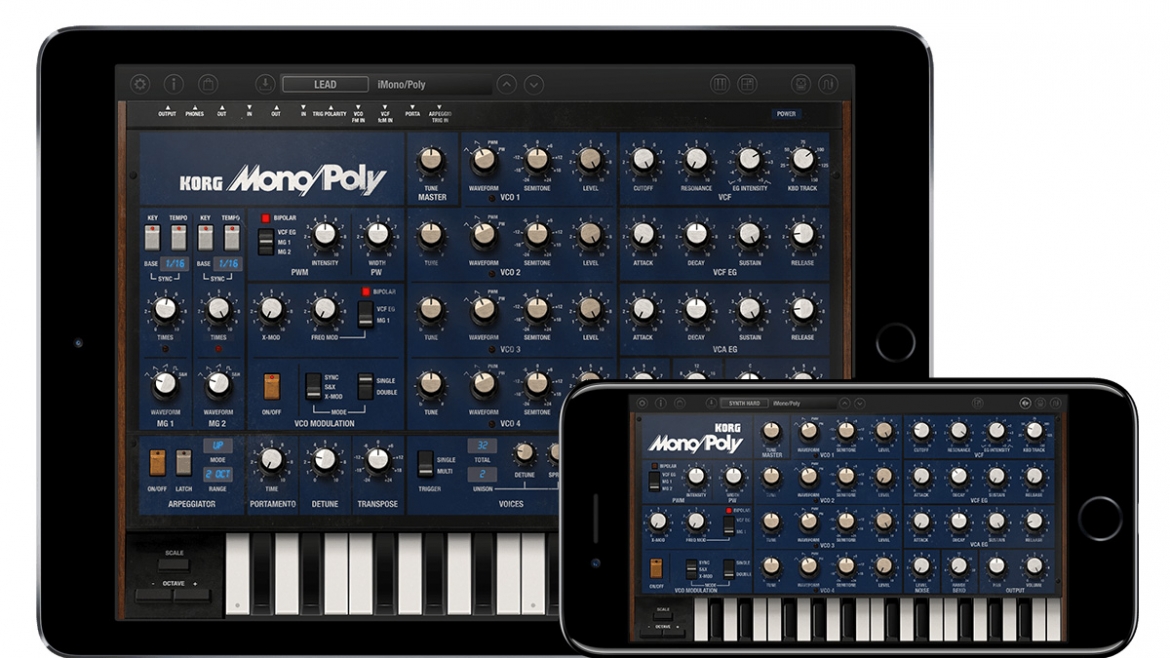 Originally released in 1981, the Mono/Poly is famous for its hybrid mono and polyphonic design, with its four VCOs capable of creating thick bass and lead sounds as well as complex pads. The iMono/Poly brings this sound to iOS, recreating the layout and circuitry of the original for the iPad and iPhone.

The four VCOs can be shared in a four voice polyphonic mode or in monophonic unison, allowing for both lush and dense textures. The sound design potential is further enhanced by cross modulation and oscillator sync. There is also chord mode, which allows you to play chords with a single key, and a dedicated envelope for the VCF. The modulation capabilities are expanded by eight virtual patches, each of which can route one of 159 modulation sources to over 30 destinations. The iMono/Poly is also compatible with Korg's Gadget music production suite. You can buy it on the App Store.

Watch a promo video for the iMono/Poly.