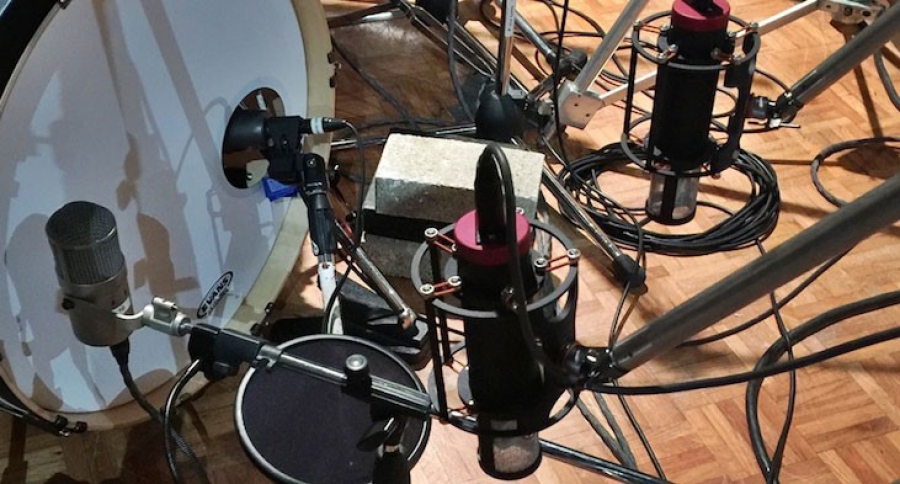 "I got two Reference Cardioid mics, and we recorded a lot of different things with them,” says Beinhorn. “They were especially great on drums. I tend to favor the low end in the drum kit, and I usually have at least one set of microphones in a kind of ambient proximity array, as close to the drum kit as I can get them. It's not a distinct stereo spread to create an equivalency between the mics; I want an interesting tonal balance. The Manley Reference Cardioids worked great for that. They grabbed a part of the low end of the kit that none of the other mics could get."

"It has a really attractive tone; I have to give the designer a lot of credit," he continues. "It can give you a dark, dense sound that other tube mics don't. A lot of tube mics have a diffuse sound and give you detail in all the ranges except down low, where there's a density or murkiness that's missing for me. Without a really strong tonal characteristic, when you combine other instruments that are in the same tonal range down low—say, bass guitar and kick drum—the instruments don't establish their own tonal identity. You create a wash in the lows. But when I used the Reference Cardioid microphones for drums and bass, I was able to get a lot of definition out of both instruments and a really good sense of specificity between the instruments. I was really impressed; I liked it a lot."